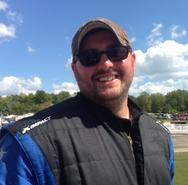 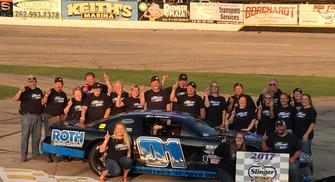 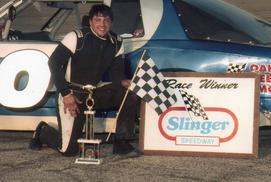 2020 - The season started off with a Late Model feature win at Slinger in the first race of the season. Added one more feature win and finished 2nd in points. Also had two feature wins in the Sportsman Division at Slinger.

2014 - Won Midwest Sportsman championship at Slinger Speedway with 2 fast times and 2 feature wins, with an average finish of 2.4.

2013 - Returned to race at Slinger speedway in the Midwest Sportsmen division which runs on the same rules as the Mid-American series. Named the Midwest Sportsman rookie of the year and ended 3rd in overall points with 2 fast times and eight top 5 finishes.

2012 - Named most improved driver in the Mid-American series.

2008 - Began racing a full schedule in the Mid-American Series.

2007 - Raced full season in the Thunder Stock division at Slinger Speedway and finished fourth overall in points and won rookie of the year honors.

2006 - Raced a super-stock car at Lake Geneva Raceway and won in just his third race.